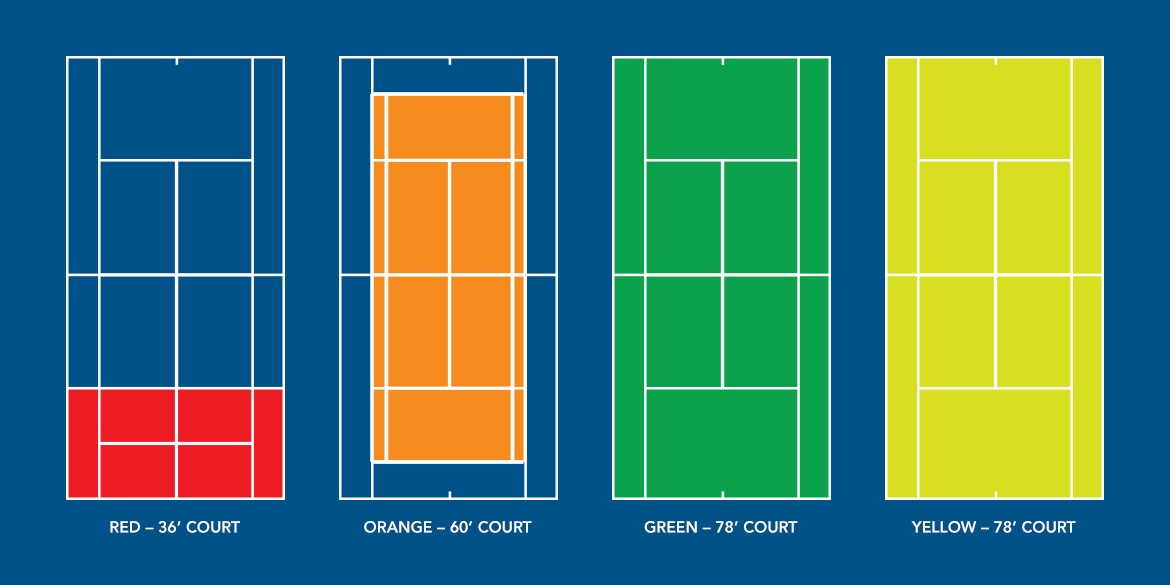 Tiny Tots Tennis is for children aged 4 to 6 who are ready to learn the basics of tennis and fundamental athletic skills using a games-based approach, preferably alongside a parent or guardian. Athletic shoes are required for children and adults on court. Racquets are provided. Sessions require at least 4 registered participants.

Red Tennis welcomes students up to 7 years old who have not played tennis before. It focuses on the basic motor skills and athletic capabilities needed as a foundation for tennis, and simple technical fundamentals. Parents will be advised when students are ready to move to the next level.

Orange Ball tennis is one of our favorite programs on the developmental side! Orange Tennis is for students who have progressed from Red Tennis, can demonstrate good control of the ball on the 36’court and are able to cover the 36’ court. It builds upon the motor skills and athletic capabilities developed in Red Tennis, and emphasizes agility, balance and coordination. Technical fundamentals are introduced and developed alongside basic skills. Orange Tennis is taught using the same progressive teaching methodology as Red Tennis, but with an increasing emphasis on repetition of mastered tasks.

Regular tournament competition is a requirement for admission into the Tournament Training program. Tennis for Kid’s hosts more than a dozen tournaments per year, and players often travel together to tournaments throughout Los Angeles and Orange County.

Who says tennis isn’t a team sport? It sure is! Youngsters compete on co-ed teams in Junior Team Tennis, playing singles, doubles, and mixed doubles matches with other JTT squads. Seasonal sessions over 1-2 months focus on developing individual skills along with the team concept. A great way to learn the game (Orange, Red, and Green ball play) and make a lot of new friends in the process! 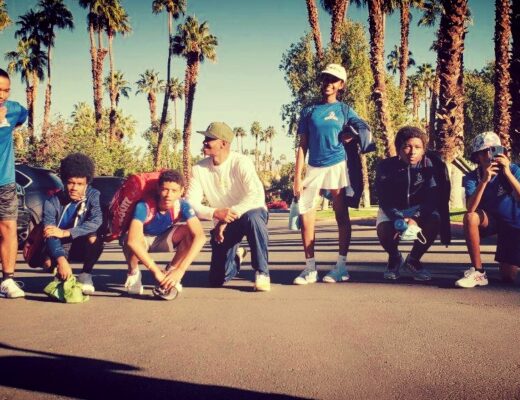 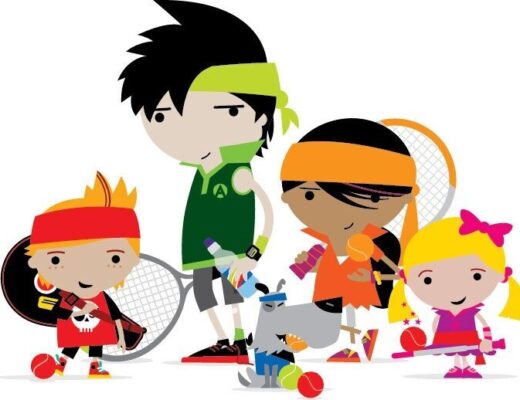