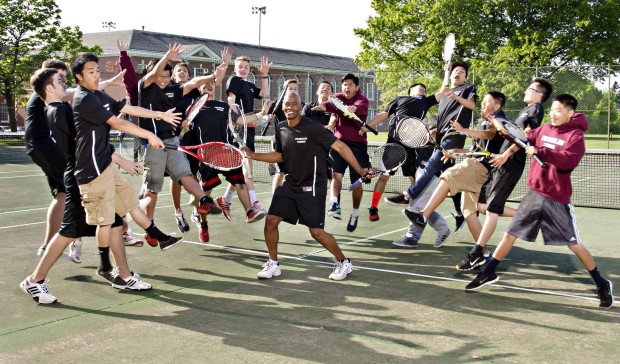 2013 PIL Champion Franklin High School Men’s Tennis Team fell just one point shy of a repeat. Nevertheless, it was a fantastic year as they recorded a record of 9 -1 in league play.

The highlight of the year was having 4 doubles teams in the quarter finals along with 2 singles players…that’s 10 players with the opportunity to go to state. Awesome achievement. Franklin ended up with 4 boys going to state: Matthew Tetreault, Matthew Rowell, Nate Ezelle, and Michael Troung. The Matthew’s are both juniors and will be back next year while both Nate and Michael are seniors on the way to college. Congratulations on an amazing year!

Give The Gift of Tennis!